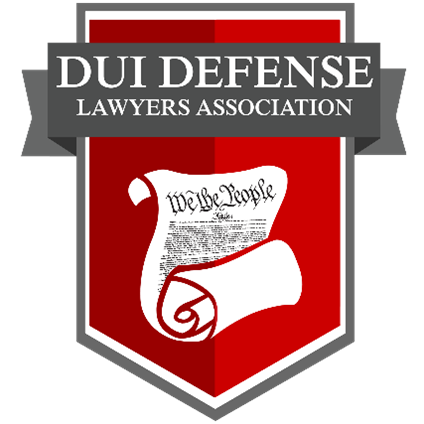 If you were arrested for DUI charges in Florida, you must contact an attorney as soon as possible to protect your rights and preserve your future. Daniel M. Cavanaugh is an experienced DUI attorney and an ACS-CHAL Forensic Lawyer Scientist. A DUI conviction (driving under the influence of drugs or alcohol) may result in life-changing consequences that upset their career, relationships, and freedom. Without a solid legal defense, you could be convicted and penalized by way of jail time, driver’s license suspension, legal fines, probation, and more. To avoid these catastrophic consequences, you need a sound legal defense.

Our Naples DUI attorney at Law Offices of Cavanaugh & Cavanaugh, P.A. has the experience and knowledge you need in your corner if you’re facing serious criminal charges. When you choose to work with our firm, he can analyze the details of your case to build a solid defense in your favor. Whether you were unfairly arrested, unjustly field-tested for sobriety, or were wrongfully accused of being chemically impaired, we can pursue justice on your behalf and do everything in our power to see your charges reduced or dismissed entirely.

Ready to get started? Contact Law Offices of Cavanaugh & Cavanaugh, P.A. today to get in touch with our Naples DUI lawyer.

What are the Penalties for DUI in Florida?

Penalties for a DUI depend on the circumstances of the incident. They can include jail, prison, probation, license suspension, DUI School, classes, thousands of dollars in fines and costs, installation of an ignition interlock device in your car and temporary loss of your motor vehicle.

For a first-offense DUI in Florida, the penalties may include the following:

In some cases, the judge might also order an ignition interlock device for the offender’s vehicle. This device is only ordered if the driver’s blood alcohol content measured at .15 or above or if the driver had a minor in the car with them when they were arrested.

In the event that you are facing a second or third DUI charge, the penalties can be far steeper and may include thousands of dollars in fines, loss of driver’s license, incarceration, and more.

The penalties for subsequent DUI offenses are as follows:

Because the consequences are so serious, seeking a reliable, experienced Naples DUI defense attorney is of the utmost importance if you wish to preserve your freedoms, reputation, and your finances. Keep in mind, if your case involves a crash that resulted in serious bodily injury, you may be charged with a third-degree felony. Likewise, if the injured party dies in the crash, the charges may escalate to a second degree felony, which may be pursued as DUI Manslaughter or Vehicular Homicide.

DUIs are one of the most common, yet highly penalized criminal offenses one can receive in Florida. Mr. Cavanaugh was a former prosecutor who supervised other prosecutors handling DUI cases in Florida and Vermont.

Should you be stopped for suspicion of DUI, you will be asked to participate in Field Sobriety Exercises. These exercises are controlled by NHTSA (the National Highway Traffic Safety Administration). It is important that law enforcement follows the rules carefully. The exercises are used to help the police officer decide if s/he thinks your normal faculties are too impaired for you to drive. It is a subjective decision that you should have reviewed by an experienced DUI lawyer in Naples, FL.

The Standardized Field Sobriety Test (SFST) is made of up 3 individual tests:

You may also be asked to provide a sample of your breath for the purpose of determining your breath alcohol content. If you have a .08 or above, you can be convicted of a DUI. Law Enforcement must follow rules to properly administer this test. If you are involved in an accident, law enforcement may take a blood sample for this same reason. In fact a person in a DUI accident is routinely brought to the hospital where there blood is tested.

Hiring a ACS-CHAL Forensic Lawyer Scientist provides you the additional advantage of having a lawyer trained to evaluate the forensic process including procedures and results of blood tests. There are many rules law enforcement must follow to ensure the sample of blood is taken and preserved properly so that it can be reliably used as evidence.

Our Naples DUI attorney, Dan Cavanaugh, has significant experience working on a wide variety of DUI crimes. Depending on the circumstances of your case, he can evaluate the details and determine the best plan for a defense.

Breath or blood tests can be faulty and may reflect the effects of poor administration, mechanical malfunctioning, corruption or interference, appropriate medications and other lawful outside influences, which is why our Naples DUI attorneys leaves no stone unturned when he builds his clients’ defense.

Call (239) 309-2006 today, or fill out our online contact form, to get in touch with our Naples DUI lawyers. We handle cases throughout Florida, including Bonita Springs, Marco Island, Fort Myers, Cape Coral, Lehigh Acres, and the surrounding areas.